The legendary fish stew, as fishsoup is called by Hungarians, made only with the most precious red paprika.

At Szeged the story of fish stew connected deeply to the start of grinding and processing of paprika on the large scale. The most famous fishmongers were contracted by traders of Szeged,fisherman used to stand  in a fancy dress along the Danube and boiling in a cauldron a paprika flavored fish soup. The first cookbook was published in 1871, which, - named "fish-catching fish", recommends preparing the fish soup with paprika.

How many people are making it, how much it varies. In the simplest popular version, there is only water, fish, salt, pepper, onions and its made in a cauldron, furthermore “grinding” could be added to the cooking process as its not just complicated, but is rarely possible outdoors.

The two most famous fish soups, the one from Szeged and the one from Baja are partially different because of the match pasta and also different in the cooking method. In the preparation of the fish soup of Baja, it is important that three-quarters of the fish are carp, that it is salt and red pepper flavored with cherry berry, the traditionally cauldron cooked fish soup, which is considered as a Hungaricum since 2015.

Several types of fish are used in Szeged (carp, pike, eel) and they cook it further in the juice coming from the small fish, fish heads and tails. In addition to the use of intense red pepper, hot pepper is also an important spice. In this version, it is also a pleasure to have a free fire making it quick to make the juice, so the fish is not overcooked and the food is more flavorful. 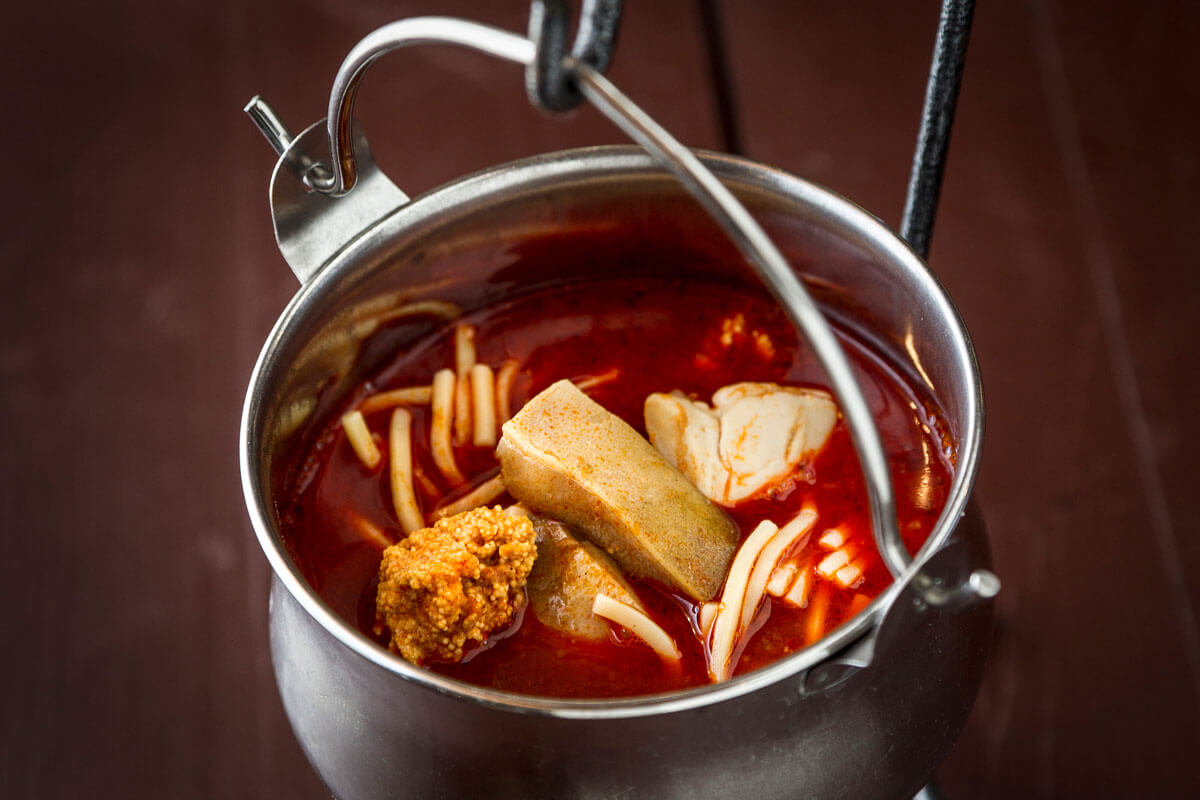 The legendary fish stew, as fishsoup is called by Hungarians, made only with the most precious red paprika.